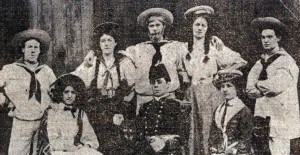 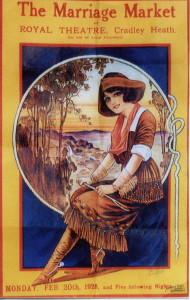 “The Marriage Market” at the Royal Theatre, Cradley Heath 1928 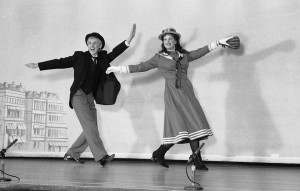 Every society has to start somewhere and our first Show, in the Spring of 1909, was a successful Production of “HMS Pinafore” at the Empire Theatre, Cradley Heath, which became a cinema, then a car park and is now part of a Tesco store. Most operatic societies in those days started off with Gilbert and Sullivan but we soon moved on to operettas and then musicals as we know them today. 2019 saw us successfully out of our comfort zone with our first rock opera, Rice and Lloyd-Webber’s “Evita”, a Dudley Area Premiere.

Over the years, wars have intervened and we have moved about the area, performing at the Grand Theatre, Old Hill; Royal Theatre and the Majestic Cinema in Cradley Heath; Dudley Hippodrome; Windsor Theatre, Bearwood and back to the Dudley Hippodrome. In 1964 CHAOS moved to the Civic Hall, Brierley Hill where we performed our main Show for more than 50 years, making it our longest stay of any theatre in the area in our entire history. 2017 saw us make a brand new start with the announcement of our move to Stourbridge Town Hall. “9 to 5” was not only a Dudley Area Premiere production, but the Show and the Society was a Stourbridge Premiere, too!

In recent years, we have presented Dudley Area Premieres such as the new version of “Me and My Girl”, for CHAOS’s 90th Anniversary, and 2007’s “Summer Holiday”. Happily, we were able to cast that Show from the Society and raise £5,000 for charity. Raising funds for local deserving causes remains the second rule of our Society.

In 1989 we set up CHAOS Youth, the first group of its kind in the Dudley Area, which ran till 1997. Concert Shows such as Melodies in Costume, Musical Memories, Christmas with CHAOS and our Spring Concerts with the late Ken Allen allowed us to continue to raise money for charity. Strictly CHAOS also had audiences rocking in the aisles, with routines that both entertained and challenged.

We have had many highlights during our more than 100 years. We were very proud when CHAOS’s 2003 Production of “Fiddler on the Roof” won the inaugural NODA Best Production Award for the Black Country area. This was followed by 2009’s “Seven Brides for Seven Brothers” being awarded Best Overall Musical by the Birmingham and District Theatre Guild (BDTG). However, this was surpassed by our 2013 Production of “Me and My Girl” which not only won the NODA Award again, but swept the board at BDTG with four trophies! We won the NODA Award again for 2016’s “Carousel” and “9 to 5” earned BDTG’s Best Chorus Award the following year.

Whilst being the longest-established amateur operatic society in the whole of the Black Country region, we look forward to the future and encouraging local singing, dancing and performing talent. 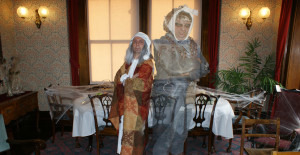 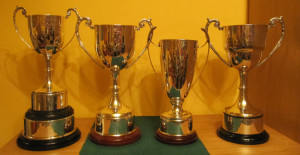 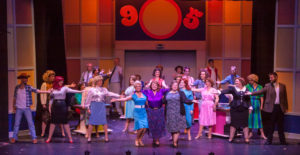